Twenty years ago, Linda Walder wanted to create a lasting legacy for her son, Danny, who was diagnosed with Autism Spectrum Disorder (ASD) before his third birthday.

Danny never had the chance to become the man his mother hoped he would become. He died at the age of 9. But while his mother treasured Danny’s memory, she learned that as adults, children diagnosed with ASD often don’t receive important services to help them navigate life. Many services are no longer accessible to them after the age of 18.

Danny’s legacy lives on through the Daniel Jordan Fiddle Foundation, which Walder co-founded in 2002 as the first nonprofit and the only all-volunteer organization in the nation to focus on adult autism. Among the many programs, services, and research initiatives funded by the foundation is an Arizona State University Public Policy Fellowship dedicated to solutions that ensure available and affordable housing.

The foundation celebrated its 20th anniversary in April, during Autism Acceptance Month. One of its main goals is to ensure that important services, such as housing, are available to people living with autism throughout their adult lives.

Current ASU Foundation Scholar Toyosi Adesoye will graduate with a master’s degree in public policy in December 2023 from the School of Public Affairs, part of the Watts College of Public Service and Community Solutions. The ASU Fellowship was established in 2018 with funding from the Daniel Jordan Fiddle Foundation Adult Autism Public Policy Fellowship Fund.

Adesoye, who is ASU’s second Fiddle Fellow, works with the Watts-based Morrison Institute for Public Policy in conjunction with the First Place Global Leadership Institute. Adesoye is creating a national policy agenda and white paper for nationwide and statewide distribution to government agencies, lawmakers, and policymakers.

Adesoye said the fellowship is a dream come true, an opportunity to serve neurodiverse people. The Place for Children with Autism defines neurodiversity as “the concept that when it comes to the human brain and nervous system, people don’t all end up the same.”

“During the pandemic, I began to inquire about the availability of services for neurodiverse people. I began to notice the disparity between the support services available for adults and those available for children,” Adesoye said. “At the time, I was trying to help my friend get both support and housing for her older brother, who is also on the spectrum. We both felt desperate to navigate the system of housing and support services in California.

“Little did I know then that I would end up working with some of the most amazing, knowledgeable, and empathetic people to create an affordable housing program for neurodiverse adults.”

A partnership of two mothers

The First Place Global Leadership Institute is part of the non-profit charitable organization First Place AZ, which “provides supportive housing and a residential transition program for people living with autism and other populations neurodiverse, as well as sites for education, training, and creative inspiration,” according to its website.

Walder said she has known Denise Resnik, founder, president and CEO of First Place AZ, since the foundation and a Phoenix-based organization Resnik co-founded, the Southwest Autism Research and Resource Center, started. Resnik’s son, Matt, is an autistic adult. 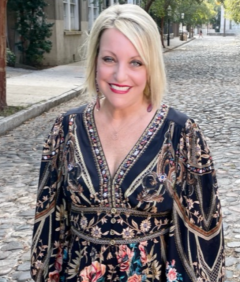 “At that time, there wasn’t a lot of work with adult autism. She and I were among the few,” said Walder, who said she and Resnik began creating programs focused on adults, because both saw how too many autistic children would grow up without reliable services.

Their initial partnership grew over two decades into several successful collaborations on behalf of autistic adults, including the ASU Fiddle Fellowship.

Resnik described the First Place-Phoenix property as the home of First Place AZ and as a living laboratory of learning focused on figuring out what works and for whom, and what needs to work better to increase independence and life course outcomes of adults with autism.

“Since the founding of (First Place AZ) in 2012, the Global Leadership Institute has focused on developing a new generation of housing and community development,” Resnik said.

Alison Cook-Davis, associate director of research at the Morrison Institute, said the institute and the foundation’s first ASU fellow, Pooja Paode, worked with First Place AZ to examine housing issues for adults with autism in 2019 and 2020. The institute developed a report, “A Place in the World: Powering Housing and Community Options for Adults with Autism and Other Neurodiversities.”

Following Paode’s research for “A Place in the World”, the working title of Adesoye’s article is “Beyond Tolerance: Looking Beyond Barriers to Affordable Housing”. Cook-Davis said Adesoye’s article is being edited and is expected to be published before the end of the semester.

During his research, Adesoye found a program specifically designed for people living with HIV/AIDS available through the Federal Ministry of Housing and Urban Development called Housing Options for People with AIDS (HOPWA), and suggests that A similar program could be designed for adults with autism.

“She calls it HOPAIDD, Housing Options for People with Autism and Intellectual Developmental Disabilities,” Cook-Davis said.

Coordinating housing with other services adults with autism need is a key goal of the scholarship, Cook-Davis said, because they are often funded separately. These adults need to be able to work out their housing and other needs on their own, as their parents may not always be there to help, she said.

“It’s hard for people with high needs to find housing, and if you don’t have services with you, that’s very problematic,” Cook-Davis said.

Resnik said the Daniel Jordan Fiddle Foundation scholarship is an important part of First Place’s ongoing efforts to help adults find available and affordable housing to live in alongside other vital services.

First Place AZ’s Maureen Casey, who directs the foundation’s Center for Public Policy, said the public often doesn’t grasp how many needs adults with autism need to be met.

“People ask, why does it have to be housing, education, jobs and health care? Well, it’s because everything is necessary,” Casey said. “We say people with autism need more, and here are the supports they need, and how we can deliver them effectively and efficiently, so they can make that progress.”

Listening to residents offered insight into others

Adesoye said one of her most memorable days in the fraternity came on a Friday afternoon when she listened to an audio interview with four First Place-Phoenix residents in which the interviewer asked them what their hope for the world.

“One of the residents said he hoped people would understand that people with autism might not be able to do everything, but that doesn’t mean they can’t do anything,” he said. she declared. “Residents went on to say that they hoped people would see them as people; be patient with them, stop stereotyping them, limiting them or being condescending towards them.

Adesoye, who has a law degree, said that since becoming a scholar she has learned that “it’s one thing to acknowledge the existence of neurodiverse people on a personal and societal level, but there is a step beyond that tolerance, and that step is acceptance, inclusion, and love in all facets of society, and most certainly on a personal level. Residents of First Place taught me that and I will be eternally grateful.

“Like many of our First Place colleagues, she wants to change the world,” Resnik said. “We look forward to welcoming more fellows and supporting the next generation of great leaders.”

Walder said Adesoye’s work is critical to enlightening those with the ability to effect change, not just in Arizona, but nationally.

“It will take a few years to get it up and running, but we are on the right track. Denise Resnik and the Foundation (Daniel Jordan Fiddle) have a strong relationship,” Walder said. I anticipate that we will again use this agenda and white paper developed by our colleague and collaborate with others to see policy makers in Washington and elsewhere.

Walder said she was “full of gratitude” to be able to serve the autism community, whose members’ stories need to be told, through the foundation.

“There is more awareness (now), but these are people who for a long time lived in the shadows. We have to create, first and foremost, people’s acceptance and value,” she said.

“I am also proud of these endowment funds that we have created. They are the only major universities to focus on adult autism. You can have great grassroots programs, but they don’t last without funding,” Walder said. “Our organization is an all-volunteer organization. I feel lucky to be able to do this, this service, to serve our world to make it a better place.

Our commitment to research and new therapies

Epilepsy is grossly underfunded, especially in translating research knowledge into new therapies. The Epilepsy Foundation has devoted a significant part of its mission since its inception in 1968 to ensuring that the best and brightest young researchers have the opportunity to engage in epilepsy and seizures research. Our goal was to make sure they were […]